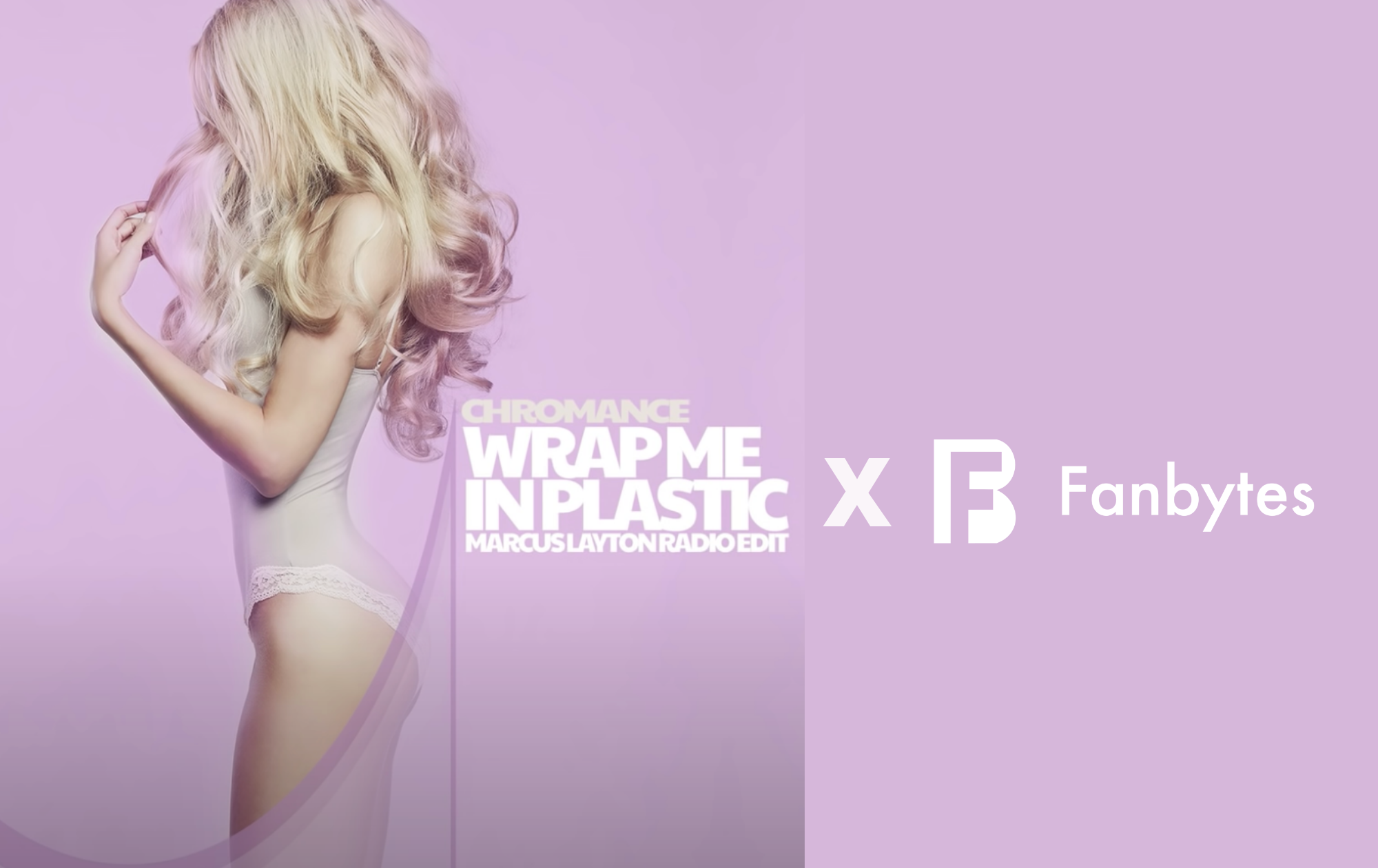 ‘Wrap Me In Plastic’ is a pop song by Chromance and Marcus Layton that was released in 2017.

Having gained some traction amongst the cosplay community and surpassing 100k videos on TikTok at a steady rate, we were tasked with really supercharging the song on the platform – in particular across the US.

New music has become synonymous with TikTok, but guaranteeing a ‘viral hit’ is far from a certainty. Having collaborated with over 2,000 artists globally, we’re experts in authentically aligning songs with influencers and audiences to blast them up the charts. For Wrap Me In Plastic we knew it started in one place – a TikTok dance activated across three key phases.

In the same way that the song has to feel authentic and organic on TikTok, so does the execution of a dance. So, it started by enlisting @itsahlyssa to produce a new catchy choreographed dance to fit the beat of the song. Once seeded out amongst her following we then onboarded a number of other influencers to continue the trend.

Following this, we noticed a remixed version of the track gaining traction, encouraging new momentum on the platform. Ultimately, this created an organic viral movement with #photogenicchallenge that generated a mind-blowing 83 million views on the hashtag.

The remixed version of the song had evidently begun to drive engagement amongst users, with one dance created by @imjoeyreed, gaining widespread attention with 19.7 million views and 1.7 million likes. After discussing with our client, we agreed that we should be reactive and collectively decided that our second activation should tap into the popularity of this dance, on a global scale.

Correspondingly, for the second activation we targeted the UK, Russia, Germany & Brazil. We selected influencers to perform the dance in obscure locations to encourage mass interaction and inspire their followers to participate in what felt like a viral sensation.

The results from both activations absolutely smashed through the targets:

For the first activation, we guaranteed 250k+ influencer views and delivered almost 9x the amount with over 2.1 million views and a mammoth 18.41% engagement rate. What’s more, we inspired a whole army of fans to create content on the song, resulting in 25k+ more user-generated content in the first couple weeks.

The second activation in Russia, Brazil, Germany & UK guaranteed 1.45 million views and we delivered 6x more with 9.2M+ views. We also saw 1.5M+ new users make videos on the sound since the start of the activation and achieved a huge engagement rate of 20%.

These activations enabled us to fulfil the brief of ‘driving further awareness and engagement of the song on TikTok’ as there are now 822.8k videos on the original sound and 6.8 million videos on the remixed version.

Our activation strategy helped us drive sustained growth and engagement, allowing ‘Wrap Me In Plastic’ to cement itself within the TikTok community and experience a real trending moment.

Things happen very quickly on TikTok. Something is trending one minute and is a distant memory, the other. This is why it’s imperative to be reactive so you don’t miss out on the window of opportunity.

One eye should always remain on the platform so that you can capitalise on popular content and trends that users find appealing at that moment in time. Our prospecting and responsive mindset lent us the power to insert the song organically without intrusion, enabling it to appear as a natural trending moment.