Who is Kevin Gates?

Kevin Gates had already built a strong following in the USA, and Atlantic Records wanted to reach and engage with an urban community in the UK in an organic way ahead of his new album “Adding Up”.

What was the plan?

Atlantic needed to create a campaign that would reach and specifically engage with the UK urban community. Atlantic knew this would be difficult to achieve using traditional marketing methods, so they wanted to find a new and unique solution to this problem.

Given that Kevin Gates had not quite reached the UK audience yet, Atlantic wanted him to enter the market with a bang, and create a thriving UK based fan community around him.

Fanbytes wanted this lens to really fit the feel of the song, as well as be appealing to the target audience, so we came up with the ‘Make It Rain’ lens. Our inhouse design team created a 2-way lens, allowing the lens to interact with the user’s face and their environment.

The lens turned the environment into a grayscale tone as well as playing the track. While in front camera mode, user’s faces were adorned with Kevin Gates’ signature face tattoos and diamond encrusted grill. When the camera was flipped around, users were given a stack of notes with Kevin Gates’ face on that they could ‘throw’ and ‘make it rain’ on their surroundings.

After a week, the lens was ready to go and be distributed through Fanbytes influencer network. The network consists of the most engaging Snapchat influencers. For each campaign, they select the most fitting influencers for the target audience, based on their own audiences and interests. For this campaign, Fanbytes selected influencers who were passionate about hip hop, and had a large following from urban UK users.

The lens was organically distributed by influencers using it in their own Snapchat stories, and calling for viewers to swipe up to have a go with the lens themselves. Using influencers to promote the lens using their familiar tone and charisma works well with audiences as the promotion feels like a personal recommendation rather than a sales pitch.

What was the result?

The campaign saw some highly engaging content from our influencer network, gaining click through rates as high as 7.1% from their viewers.

This engagement was reflected in the resulting KPIs, over 1.52 million people viewed the lens, and the lens saw 35K scans and over 22K shares of user generated content featuring the ‘Make it Rain’ lens.

Fanbytes only used 11 influencers to distribute the lens; with the results showing that this campaign gained an amazing amount of organic traction through viewers creating their own content.

High engagement levels allowed the campaign to not only reach Atlantic’s target audience, but also facilitated the cultivation of a UK based fan community around Kevin Gates. 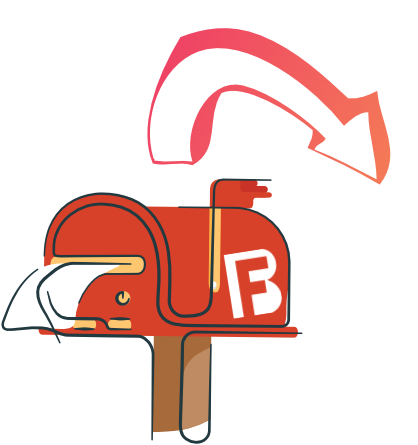 Stay on trend with daily fanbytes insights, top headlines, and marketing news straight to your smart-phone.