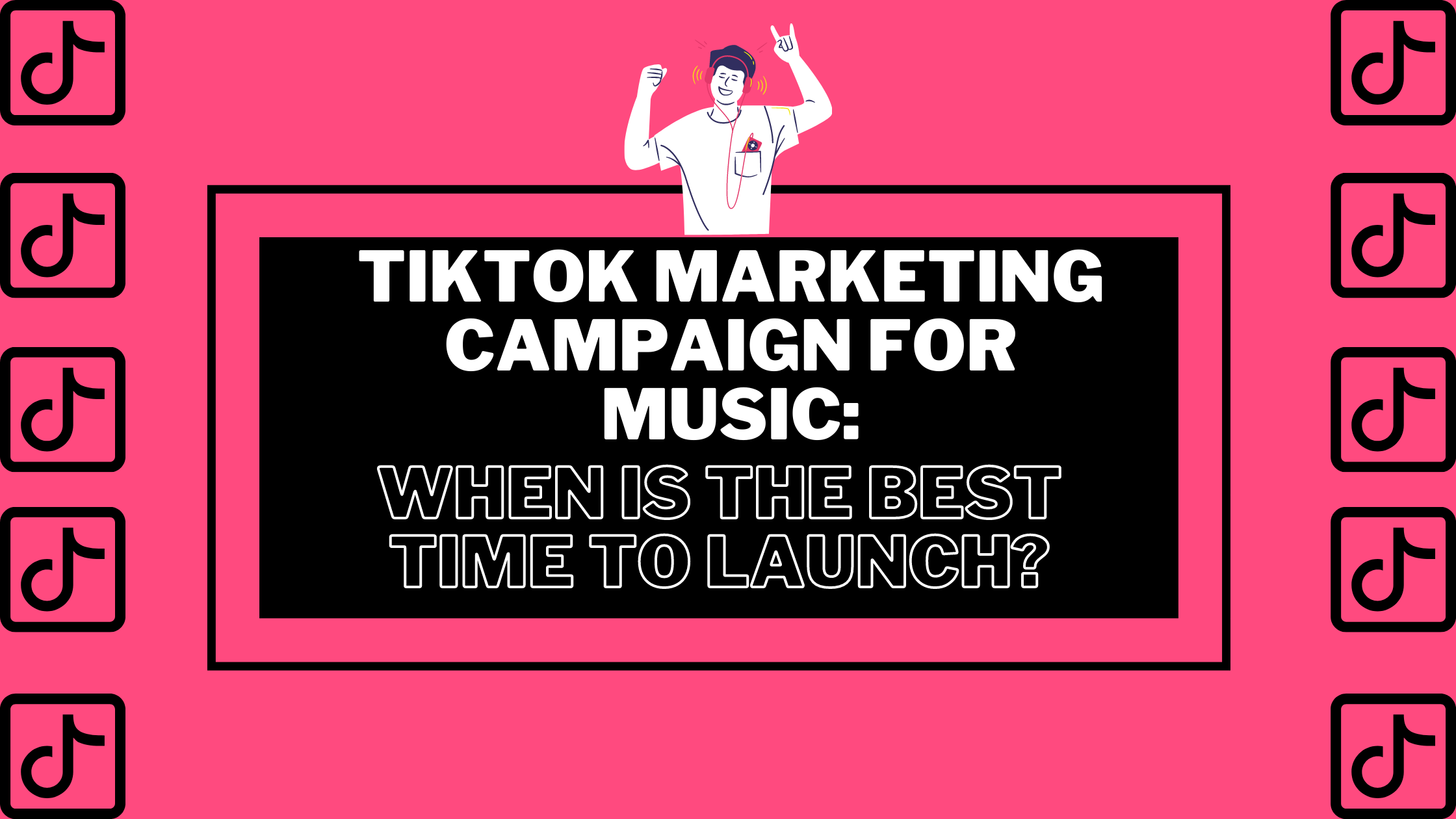 A Marketing Campaign for Music on TikTok

The music industry’s landscape continues to evolve in 2020. Live performances and festivals
are currently on hold across most countries. Pandemic aside, there are key trends shaping up
the way Gen Z discover, consume and listen to music.

One of these trends is unbundling music, releasing ‘singles’ instead of full albums, focusing on a
music video and remixes to keep fans engaged. In part, this is because music is competing in
the attention economy with podcasts, as well as the rising popularity of short-form video.
Another trend is the rise of mashups and remixes. For example, old and new come together in TikTok hit ‘Oblivion Forever’: mashing up Grimes’ oldest single Oblivion, with brand new Charli XCX song ‘Forever’.

Soulja Boy’s classic ‘Crank That’ received a festive TikTok remix, mashed up with Mariah Carey’s classic ‘All I Want For Christmas Is You’. In general, music a lot more ‘genreless’, with emerging subgenres like hyper-pop, and 78% of Gen Z saying they don’t limit themselves to any specific genre of music.

However, the biggest shift in music marketing? TikTok. It’s propelled smaller stars like Lil Nas X to Grammy-nominated fame virtually overnight. Songs like Megan Thee Stallion’s ‘Savage’ managed to attract a Beyoncé collab after going viral (and staying viral) for weeks on TikTok. Remember, TikTok’s roots come from teen lip-syncing app musical.ly, meaning audio is central to the network. This makes it the ideal place to run a marketing campaign for music. The question is: when should you start your campaign?

NEW DANCE ALERT! 🚨 if u use my dance tag me so i can see🤗 @theestallion ##writethelyrics ##PlayWithLife ##foyou ##fyp ##foryoupage ##newdance ##savage

A pre-release marketing campaign for music allows you to prime the market and create intrigue.
This technique works well for bigger artists who have an audience, but want to grow casual listeners into real fans, and expand overall plays. Take this technique to the next level by delivering music directly to TikTok, and holding exclusive ‘premieres’ of snippets of a song,
ahead of release.

Famous boyband BTS joined TikTok last September, and delivered a TikTok-exclusive pre-
release clip of their song ‘ON’. TikTok users were also able to listen to the new song 12 hours
before everyone else , and could use the audio in their videos. This technique coincided with
BTS band member J-Hope’s ‘Chicken Noodle Soup’ challenge on TikTok – creating the perfect
recipe for a viral hit.

Marketing campaigns for music can take a lesson out of Drake’s book too. The famous Canadian rapper created a ‘made-for-TikTok’ dance routine for his song Toosie Slide. Before official release, Drake demo’d the (very simple, easily copied) choreography from his Toronto mansion, and influencer Toosie helped propel this dance routine to TikTok fame.

When the song dropped, it debuted at #1 on Billboard’s Hot 100, and generated over 5.4 million videos featuring the audio. So, a clever pre-release campaign might just be the trick to propel your song into viral fame –sometimes before it’s even out.

Maintaining traction is essential during the release period. Radio, and streaming platform playlist
editors increasingly look to TikTok to measure interest in a song. So, an influx of user-generated content backed by a new track can pique interest, giving way to better playlist positions and radio opportunities.

GRACEY and 220 Kid’s song ‘Don’t Need Love’ is a great example of a song that generated hype throughout the release period.  The song lyrics were turned into a viral hashtag challenge (causing the artist to update the song title to include these lyrics later!).

The song’s hashtag #SwipeLeftSwipeRight gained over 11 million TikTok views with 42k+ users creating their own content, and the campaign received 13 million+ views in partnership with
influencers on TikTok. This kept momentum going during the all-crucial release period.

In another example, we worked with indie label Good Soldier on their famous song ‘Dancing in
the Moonlight’ by Jubel. We partnered with influencers who created videos in their own personal style, using Jubel’s song as the backing track. This drove a huge 72% increase in streams across Apple Music and Spotify, 46.8k user-generated content.

The key takeaway here is that a well-targeted marketing campaign during the release period can be effective in getting editorial attention for a song, and in driving up streams.

##pov: your soulmate word is “ ##dancinginthemoonlight ” but the person who says it, already has there soulmate, unless. ##foryou##foryoupage##fyp##freetobe

Marketing tracks post-release is a good strategy if you’re trying to expand on traction you’ve
already received, to turn initial engagement into virality. It’s also a great idea for catalogue
tracks – old school songs that suddenly end up doing really well on TikTok, potentially even a
decade after release.

We received a brief from Arista Records and The Orchard, to boost TikTok traction for JP Saxe’s popular song ‘If the world was ending’. We achieved huge success with a two-part campaign. The song is emotional and lo-fi, so initially asked influencers to play with the lead lyric as a theme: i.e. what you’d do if the world was ending. This sparked genuine, emotional and comedic skits using the backing track.

In the second phase, we focused on storytelling instead of quick-shot videos: asking influencers to showcase memories they missed during lockdown and POV narratives on what they’d do if the world was ending. The overall result was 1.28 million influencer views, a whopping 32.5% engagement rate, and the track was used in 700,000 user generated videos.

The song even broke into the UK Top 20 Singles, and Billboard Hot 100 chart almost 8 months after release – propelled into TikTok virality.

The lesson? TikTokkers don’t care when music was released – as long as it lends itself to good content.

##POV: There was an outbreak of a deadly virus. You were chosen to be exposed to the virus, your gf was chosen to research it... ##iftheworldwasending

A great strategy for catalogue tracks

The post release marketing campaign for music is a great strategy for catalogue tracks. TikTok has hyped up a number of older songs – such as Mariah Carey’s “Why you so obsessed with me” and Simple Plan’s “I’m Just a Kid”.

These songs have inspired viral challenges, spiking streams years after their original release. Most recently – Fleetwood Mac’s 70’s hit “Dreams” has become relevant again, with streams peaking after a viral TikTok video featuring the song . A hit in the 70’s to going viral 2020 – that’s longevity (and a testament to the power of TikTok).

It goes to show – whether thirty years, or two months have passed since release, a well- structured music marketing campaign can achieve virality at any point.

TikTok is a huge player in music marketing – arguably the most important channel right now
since it crosses over music and video content in ways no other network can. We hope you can
see how different strategies can propel singular tracks, and artists into virality – whether that’s
before you’ve released anything, while you’re promoting your new song, or even years after it’s
come out.