Music is the bedrock of TikTok, so choosing the right song for your videos are imperative to your overall performance and success on the app. Here are 10 of the most popular TikTok songs right now that your brand should be using:

Shaggy’s hit is all about that summer nostalgia! It makes use of a TikTok dance challenge or craze as well as really responding to the feelings many of us are having at the moment – namely, dreaming of being outside for summer! With lockdown still in effect in many places, this is an escapist track and businesses can use it to take audiences to a happier place with their product or brand. Dance crazes on TikTok can generally be used to demonstrate personality as well, but also engage with the current trends and demonstrate an awareness of the Gen Z digital landscape. 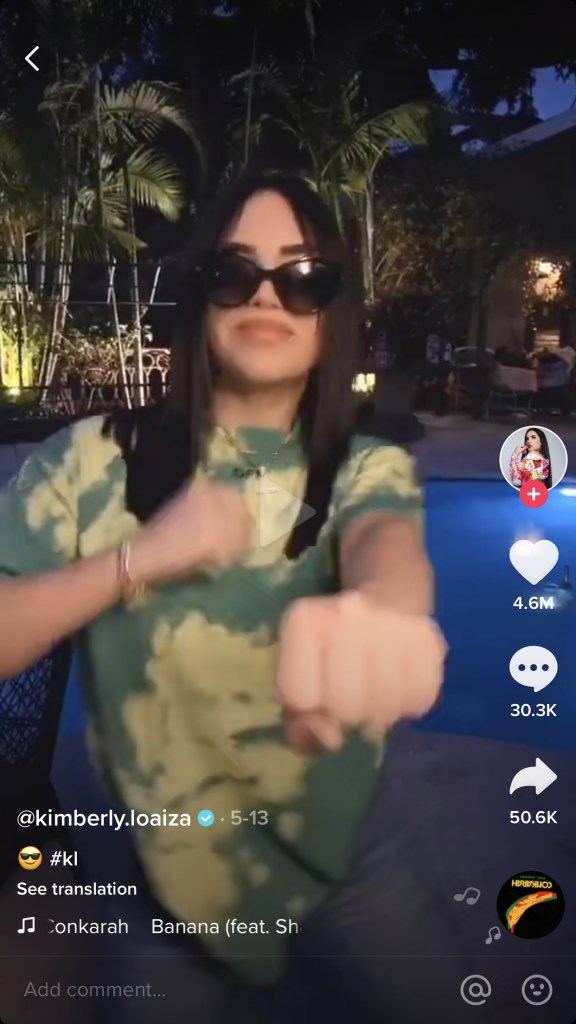 An example of where a trending show meets TikTok and music, this song has been used to mimic a scene from 90 Day Fiancé. The popular US reality show went viral on TikTok with the #iliketheview trend, garnering 90 million hashtag views. It combines Doja Cat’s song with a re-enactment of a popular scene by one of the most interesting couples from the show. It’s a chance to be comedic, silly, and relatable as a brand. Give us your best re-enactment and your brand might be on to a winner. 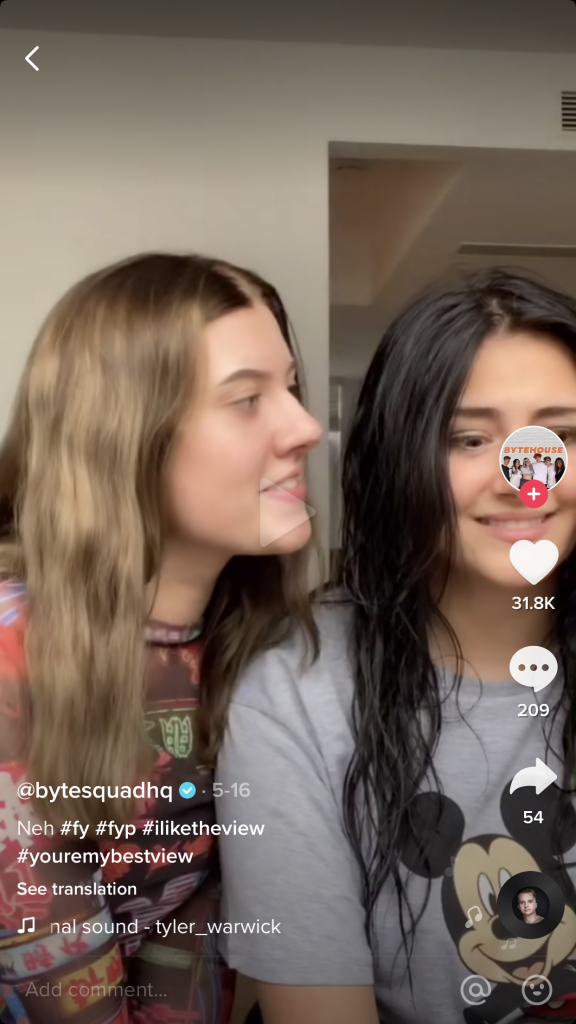 3. According to you - Elise Lieberth

Making the most of the duet feature, as well as the trend of using parents in TikTok videos, this song has offered a way for Gen Z users to connect with family and friends on emotional topics. The lyrics are perfectly suited to an emotional confession, and users have been sharing videos of parents reacting to their outpourings. It’s a great way to show learning, change, and demonstrate how a brand is developing, if you want to give your own spin on the song. 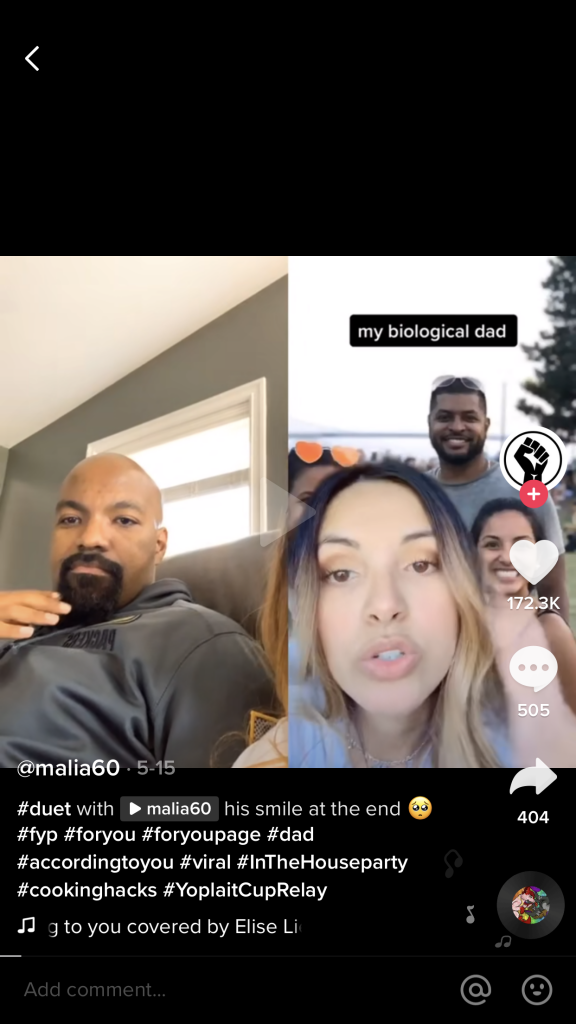 This emotional song has been used ahead of Pride Month and in response to the BLM movement, for users and brands alike to demonstrate their support of these groups. The song itself talks about what we share as humans and promotes respect and awareness between all of us. This is your brand’s chance to demonstrate its support or commitment to being an ally. 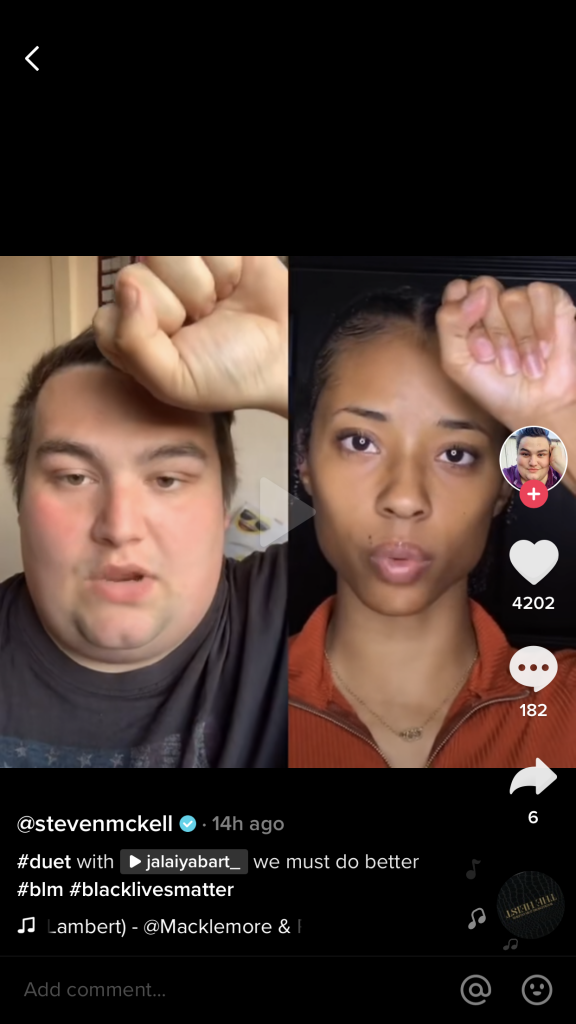 This popular TikTok song has been used to share stories and transformations – users who have overcome struggles or found new self-confidence. Brands could use this song to demonstrate or promote their ideas about finding new inner strength or confidence from a particular brand ethos or product. It’s a great way for brands to show the healing effects of what they do. 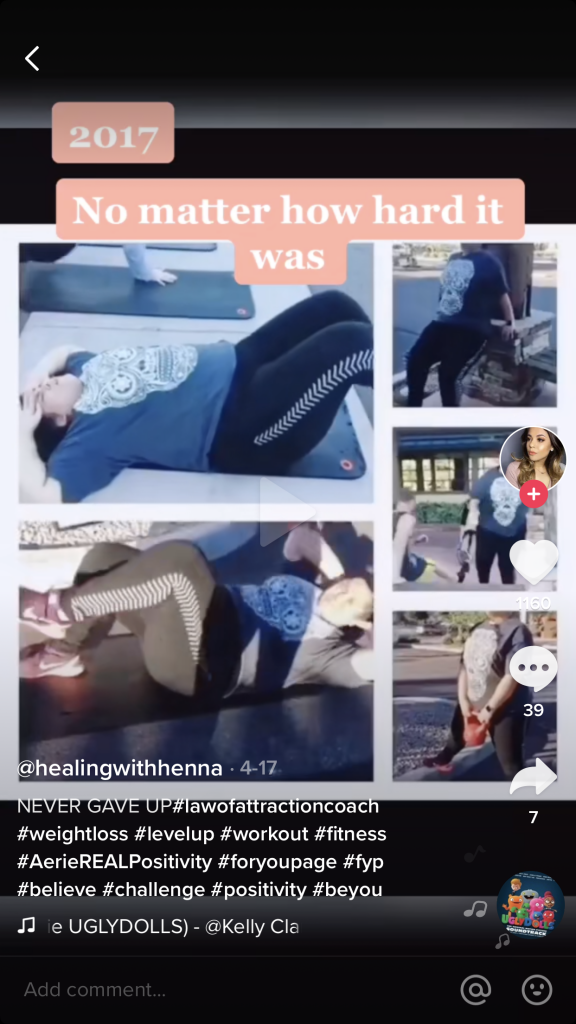 The Wipe It Down challenge, used by so many influential TikTokkers, plays into the transformation genre, something users really enjoy seeing on the platform. It features someone at a mirror, wiping down the mirror and ‘transforming’ into another character or outfit before transforming back to themselves. It’s comedy gold in the hands of a clever creator, and brands have an opportunity to show the behind-the-scenes of their personality with this, or creatively demonstrate the effects of a product or feeling associated with their brand. Just take a look at Jason Derulo’s version of the challenge. And speaking of which…

This song is a clever combo from Jason Derulo (who we also talked about here). He took a beat by rising star Joshua Stylah and created a whole song and dance routine around it – he also wisely called it ‘Savage Love’, knowing Megan Thee Stallion’s Savage was also blowing up at the time. The easy-to-copy dance challenge has been huge across the platform and by getting involved your brand can also demonstrate its lighter side. 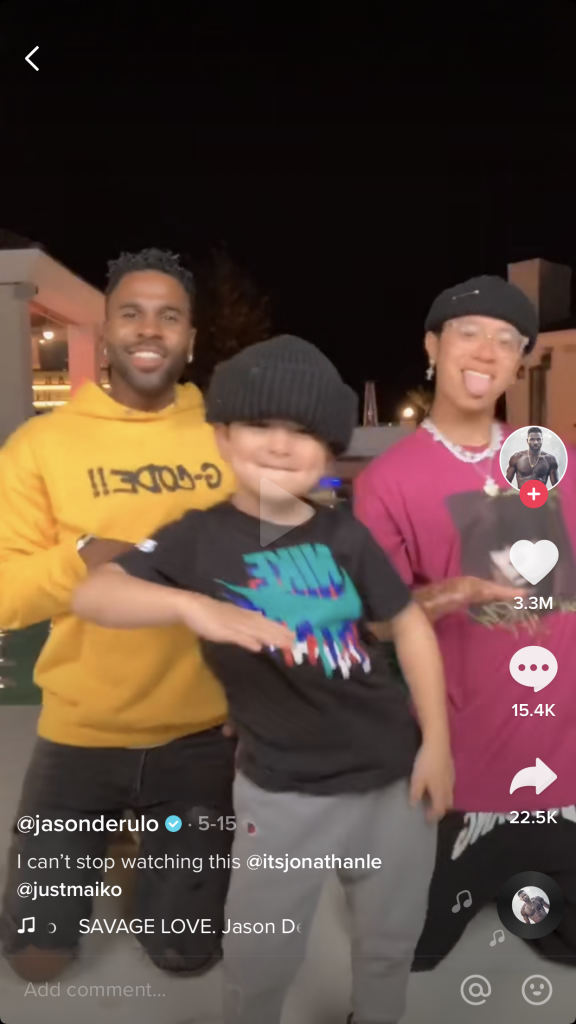 The beat that Derulo used for his hit song is a hit song in itself! Lizzo, Jessica Alba, and many other celebrities and influencers, have already gotten on board, doing their own versions of the dance challenge accompanying this song. From here the Culture Dance (or #ethnicitychallenge) evolved, with users dressing in traditional outfits and demonstrating their culture of origin. If a brand has heritage it wants to celebrate, this could be a great way to do it. 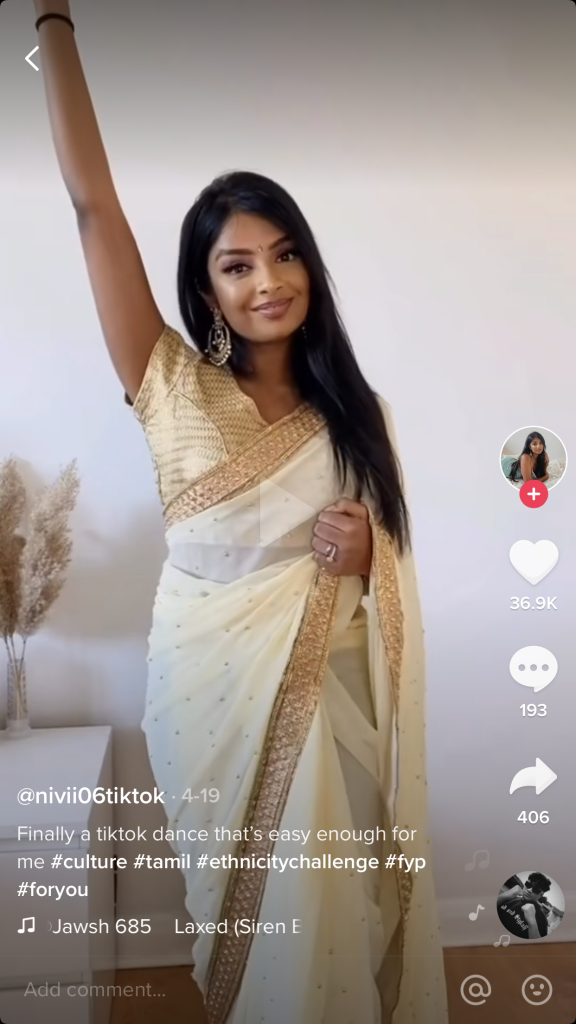 9. If the world was ending - JP Saxe & Julia Michaels

Another reflective kind of video, this emotional song has been used by TikTokkers to explore heart-wrenching issues in their personal lives.

It’s actually a Fanbytes-launched campaign, of which we managed to garner over 27M hashtag views since launch and almost 600,000 user videos created (and hundreds of cover versions being created every day). What’s more, the song has now broke into the Billboard charts and The UK Top 20 off the back of the viral success. 🔥

It’s a song that could be used to demonstrate support, understanding, and relatability by a brand with its audience – think about what you’d most want to hear in a relationship, or when things in the world are going badly. This is a blank canvas for brands to reflect and show their understanding of real human concerns on a platform that cares a lot about authenticity. 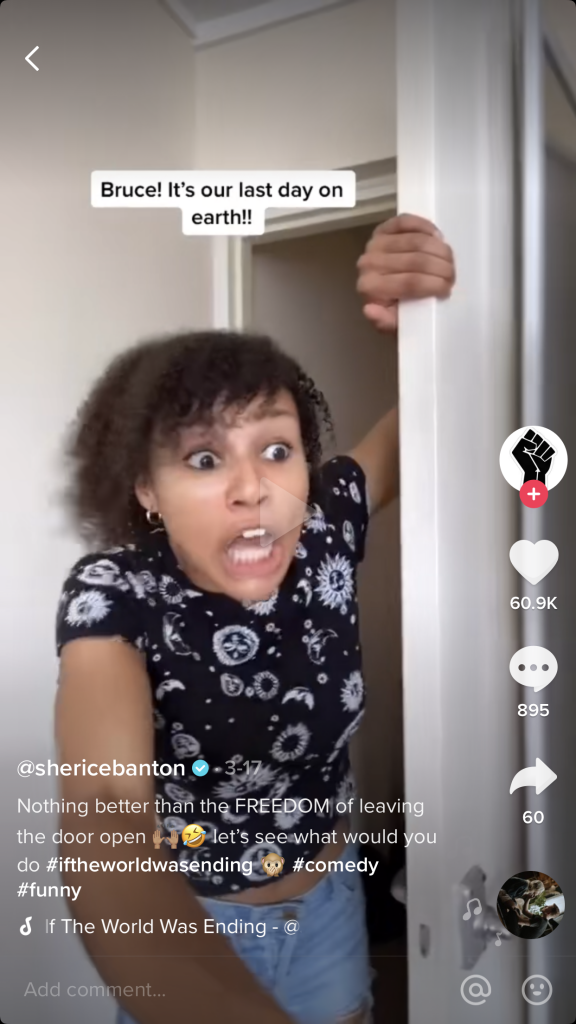 This song has been used for cute, heart-warming, reflective scenes demonstrating human kindness or wonder in the world. It’s a great way to show the softer side of a brand – take us through an experience with you, or show us a happy, heartening story that involves your brand. 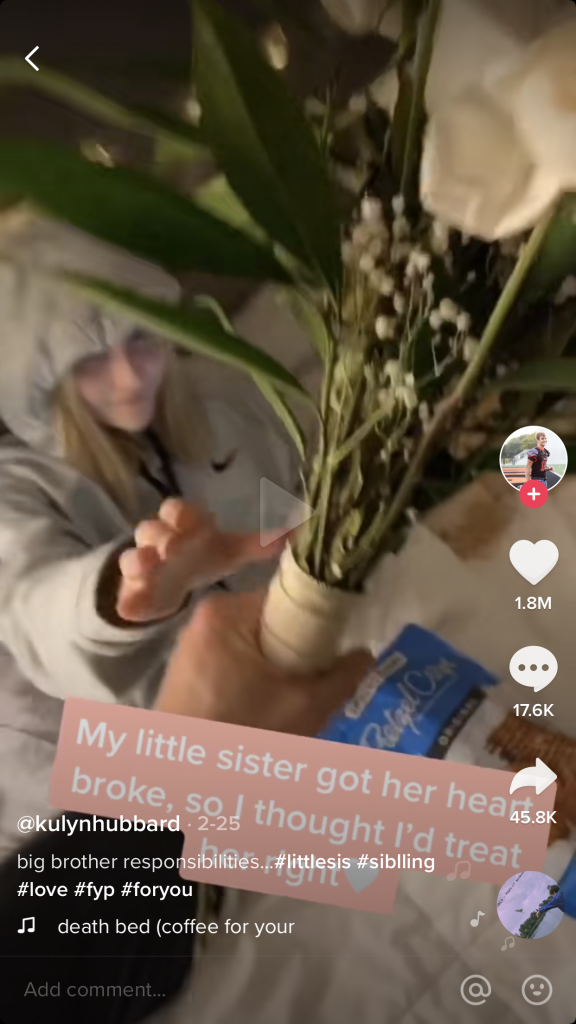 We hope this starts getting some ideas churning for how you can use the most popular songs on TikTok right now! Don’t be afraid to experiment. The more creative your interpretation of the song, lyrics, challenge or hashtags associated with the music, the better.