TikTok, a platform once defined by lip synching and cringy teenage dancing, has very much evolved into the epicentre of Gen Z culture. And the subject matter is vast! On one end, users are uniting to transform old Levi jeans into bucket hats. On the other, a huge community of TikTok bookworms is growing by the day. Did you say #BookTok?!

We are seeing highly active fan communities popping up all over the world, for a plethora of unique interests and hobbies. Brands looking to connect with young audiences on this platform will do well to realise that digging a little deeper and learning about these thriving, perhaps more “unconventional” TikTok communities, could help them engage a lot more effectively with this holy grail of demographics.

These communities can help brands to better uncover exclusive insights surrounding youth culture and are instrumental in informing future strategies when marketing to Gen Z. From the resurgence of roller skating, informational personal finance communities to romanticised cottagecore, there’s something for every brand to tap into.

Here are our top five that should be on your radar.

As an app designed for a generation that is motivated by a desire to make a positive ecological difference in the world, TikTok has now become home to a large sustainability community that enjoys creating content around environmental matters and lifestyles.

And this makes sense – in the past year, TikTok has strived to become a more ‘educational’ platform where users can access information like users would on traditional media outlets. Because of this, TikTok has been at the forefront of Gen Z’s conversation around climate change and how young people can contribute positively to the world.

Hence the explosion of the #cottagecore trend; the romanticised domestic aesthetic with seven billion views that involve images of freshly-baked cookies, upcycled white flowy dresses and corsets, and the fantasizing about leaving your life behind to live in the countryside.

Core to this trend is DIY, upcycling, and sustainability. This trend led to a 900% increase in searches for the term on Depop when the trend was at its peak, showing TikTok has a significant influence on Gen Z’s buying choices. That’s not all – we are currently seeing an astounding 22.71% engagement rate on cottagecore-related content which is 58.7% higher than the 14.3% average engagement rate on TikTok.

The sustainability community is thriving because of the personable feel of TikTok content. Not only does this help the educational aspects of it come across as more organic and accessible but it feels as if you’re gaining support from a wise family member rather than a patronising ‘know-it-all’ on the TV.

Gen Z folks are sharing their love of reading (and shaking up the industry in doing so!) through TikTok’s ‘Booktok’ community. Not only are we seeing creators share short recommendation videos and provide snappy reviews, but they are also creating all sorts of moving, inspirational content where they read out quotes from their favourite books, and in turn, glorify the act of reading. As a result, the #Booktok hashtag boasts a whopping 15 billion+ views and is converting Gen Z into proud bookworms.

This phenomenon has even been responsible for a number of young adult fiction titles and authors experiencing a surge in popularity, with the likes of Adam Silvera’s ‘They Both Die At The End’ becoming a bestseller years after its original release.

TikTok, more than any other social media platform encourages user interactivity; from viral challenges to remixes and duets. Through TikTok, Gen Z can find other people who are interested in the same things they are, no matter how niche.

From the beginning of 2021, #booktok has seen a 39.4% increase in engagement and a 4568% increase in the number of videos created since July 2020. It’s the ultimate platform for finding your ‘community’. Your tribe. It’s the book club that everyone is invited to. This sub-genre has enabled readers to engage in creative storytelling and in doing so, publishers are now considering TikTok as a viable platform to market on.

Gen Z is living in a world fuelled by uncertainty, climate change, and political turmoil, so it makes sense why they’re choosing to turn to astrology, energy healing, crystals, and the occult. It was even found that Google searches for ‘manifestation methods’ have increased an astronomical 15,492% in the past year alone.

Unified by an interest in new age philosophy, users on TikTok are building new sub-genres surrounding spirituality, and are dedicating themselves to the journey of discovering one’s ‘spiritual’ self.

A community at the heart of this sub-genre is #WitchTok: the home of modern witchcraft that has garnered 16.8 billion views. On this hashtag, we are being met with users chanting spells, performing tarot card readings, sharing crystal reviews, and ‘communicating’ with spirits.

But spirituality TikTok isn’t all witches and fairies. There is a less ‘mystifying’ side to the sub-genre that focuses largely on self-actualisation, personal development, wellness, mindfulness, and the art of manifestation. This side of TikTok is boosted by hashtags such as #MentalHeath (13.8 billion views), #selflove (21 billion views), #mindfulness (441.5 million views), and #Manifestation (9.2 billion views). These hashtags consist of everything from affirmations, candid moments of living with mental health disorders, text memes to advice, and meditation videos.

For previous generations, topics such as mental health and spirituality were considered too ‘wishy washy’ to make it mainstream. But Gen Z isn’t afraid of going against the grain, questioning things, and challenging ideologies so that they can create a more equitable world. TikTok is a space where users can experience positive feedback for beliefs that aren’t necessarily widely accepted and thus, making it easier to find their ‘community’.

Amidst lockdown in 2020, one thing that became more apparent was TikTok’s love affair with roller skating. #Rollerskating has driven 5.1 billion views and since April last year, there’s been a 4893% increase in the number of videos created. That’s not all – there’s been a notable 43.8% increase in engagement.

On this hashtag, we are seeing aesthetic, care-free shots of sun-soaked users in halter neck crop tops and retro shorts rollerskating to smooth beats, as well as informational videos teaching aspiring rollerskaters the hacks and tips they need to know to join the exclusive ‘cool kids’ club.

But why is 1970’s skate culture experiencing a renaissance on TikTok? It might have something to do with Gen Z’s love for nostalgia and need – now more than ever in the aftermath of a global pandemic – for escapism. Roller Skating is basically playtime on wheels and its 70’s aesthetic gives users enough leverage to spark a renewed interest in the pastime.

What’s more, roller skating is a community sport and this is reinforced online on TikTok. On this hashtag, we’re also seeing users create videos sharing locations for roller skating meets and parties which have been successful at bringing people together during a time where in-person interaction is most sought after

Gen Z is true digital natives who have grown up with the Internet around them all their lives. They make up about 20% of the workforce despite the oldest ‘Millennial’ being about 25 years old. This group doesn’t remember a life before catastrophic climate change, and they’ve lived through several large-scale world changes like the Coronavirus pandemic and several financial crises. This has made them adaptable, resilient, and pragmatic about money.

It’s no surprise then that there is a money-minded, entrepreneurial community thriving on TikTok. It only takes a few seconds to see that the #MoneyTok has driven 8.1 billion views and #PersonalFinance has accumulated over 4.5 billion views. These hashtags are home to various different content formats from investing hacks, debt education, credit card recommendations, to saving tips.

What’s more, we’ve not only witnessed a new generation of ‘side hustle’ influencers building one million-plus followings on topics around stocks, cryptocurrency & eCommerce but teen TikTok traders have been responsible for directly influencing the financial market: Do you remember when they doubled Dogecoin’s value in 2020?

Since then, there’s been a surge in educational content regarding financial literacy, comedy sketches re-enacting relatable and hilarious money situations, and brands like Step, and Moneyhub (for whom we had the pleasure of activating a TikTok campaign) joining the ranks.

This community speaks to Gen Z’s inclinations towards entrepreneurship. According to a recent Nielsen study, about 54% of Gen Z indicated they wanted to start their own company and expressed that having control, being debt-free, and living a purposeful life were amongst the driving forces for this ambition.

There’s a rising finance community on TikTok and an even larger appetite for financial education. There’s never been a better time for fintech brands to leverage this channel, especially in light of Covid-19 pushing people onto TikTok, and primed to enjoy digital finance products.

When you have a niche community of people, you have a shared bond. There’s an overwhelming feeling of belonging and connectedness. And at the core of the Gen Z psyche is a desire to feel connected. The more that brands invest in learning about these communities and sub-cultures, the deeper their understanding of this much sought-after audience. 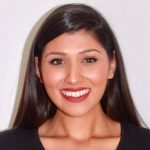 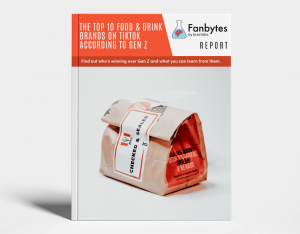 In this Fanbytes report, we’ve identified the top food and drink brands that are winning over Gen Z on TikTok right now.

Report | Sex, Sexuality & Body Image: Understanding Gen Z and How Brands Can Work With Them

In this Fanbytes by Brainlabs report, we’re explaining what Gen Z really think about sex, sexuality and body image – and how brands can reach them. 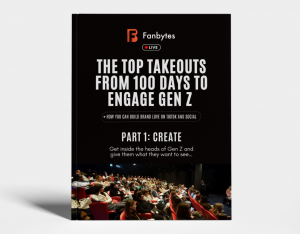 Get the key insights from Fanbytes LIVE: 100 Days to Engage Gen Z. In part 1, CREATE, we look at how to get inside the heads of Gen Z and give them what they want to see.