The Facebook Metaverse. What is it? What does it signal for brands? We’re digging into how your brand can win in the metaverse, right now and beyond. 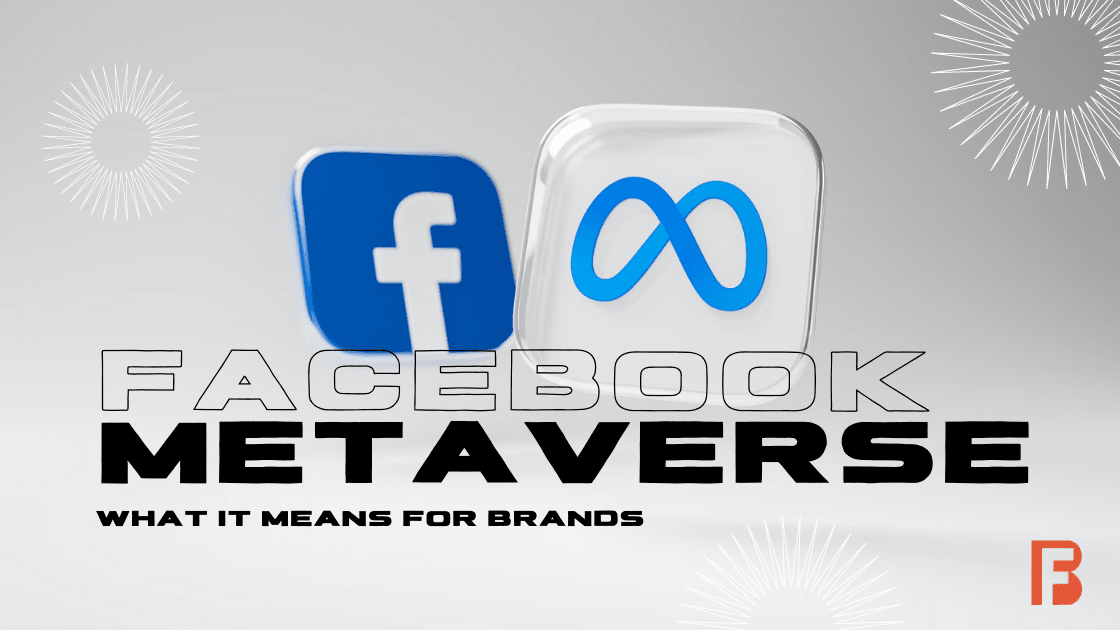 
“Facebook Metaverse” has been the talk of the online town since the social media giant rebranded to “Meta”, and people are still getting to grips with it.

One thing’s for sure: as we write, companies are shaping the metaverse, block by block, and it’s vital that your brand is up to speed, especially if you’re targeting Gen Z.

So let’s get you clued up on the what, why and where of the metaverse and how you can prepare.

What is the metaverse?

Imagine a world where technology and reality worked in tandem. Where you could see and talk to your friends on other sides of the planet as though they were sipping a coffee next to you. Where you could blend holograms of work projects with physical note-taking in real-time.

Welcome to the metaverse.

Neal Stephenson first coined the word in “Snow Crash”, the science fiction novel, but the outcome of this concept is planted firmly in reality.

It’s a future version of the internet. It will be a hyper-realistic, alternative world consisting of virtual reality, augmented reality and video. At first, it will be accessible through a VR headset or glasses but how it will manifest later may change.

In October, Facebook / Meta CEO Mark Zuckerberg announced that the social media giant was rebranding to “Meta”. In this video, he talks about how the metaverse would work and how they have been investing heavily into it. Facebook is already testing two metaverse projects in Beta: Horizon World and Horizon Workrooms.

Despite what the new name, “Meta”, might suggest, the company isn’t seeking ownership of the metaverse. Mark Zuckerberg states they want people to “transition from seeing us primarily as a social media company to seeing us as a metaverse company”.

So what does this mean? Just like owning “the internet” was never possible, it’s the same for the metaverse. But, wherever there is new ground, companies are looking to break it. It’s these firms that will significantly control the platform and become industry leaders.

One thing that’s certain is Meta’s future lies heavily in this concept.

NOTE: Metaverse vs Multiverse. A multiverse is the proposed term for multiple metaverses in a society with this platform integrated. There may be a Facebook Metaverse, Microsoft Metaverse or Google Metaverse, and these will all be under the term “multiverse”.

When will the metaverse launch?

According to Mark Zuckerberg, in 5-10 years. But it could be sooner. Technology advancement is consistently accelerating, and virtual reality is becoming increasingly popular.

By 2025, there will be 75 billion connected devices globally, which shows you how quickly things are moving. One study predicts that the VR market will reach $3.7 billion at the end of 2021. With the pandemic forcing most of the population to stay indoors, people are looking for more ways to escape.

Interest in virtual reality experiences is highest among Generation Z, making them the main target for the metaverse.

So the age where we can sip a drink on a beach in Barbados, all through AR, might not be as far off as you think – and Gen Z will likely get there first.

What will I be able to do in the metaverse?


One of the big draws of this platform is that virtual environments and augmented reality technology will allow you to do anything. We are talking about hyper-realistic connections and building your own worlds. Pretty cool, right?

We’ve listed just some of the things you’ll be able to do in this alternate world:

At least 70% of human communication is non-verbal. Creating personalised avatars that use body language and complex facial expressions in real-time will be a game-changer for online interactions. There may come the point where you can connect your avatar to a form of ID. This will help in the protection of minors and create new accessibility options.


In a Young Minds survey, 87% of young people agreed that they had felt lonely or isolated during the lockdown period. With the metaverse, you would be able to interact with others as though they were right next to you, creating a world that will significantly help mental wellbeing.


The metaverse would be the ultimate platform for virtual training. Interactive learning helps students learn six times more than other methods, so imagine the advancement of education with the help of this platform.


Working from home is here to stay. Coworking virtually will be the way forward through the metaverse, allowing people to meet in a space using AR and speak face to face with their colleagues. By 2025, Gen Z will make up about 27% of the workforce, so this may soon become their normality.


18-29 year olds have the most experience (52%) playing a game inside a shared virtual world, so Gen Z is in pole position for the top clientele of the metaverse. Graphics and processing speeds are constantly improving, meaning we may be looking at complex multiplayer games driving the metaverse machine.


Whether it’s tech innovators, artists or musicians, this is the platform to put yourself out there in an ever-changing world. This also gives an opportunity for content creators to grow. Almost half (44%) of Generation Z has made a purchase decision based on a recommendation from a social influencer, so seeing how influencer marketing will develop with this platform will be game-changing.

Why should my brand care about the metaverse?


During social media’s early days, no one took this new form of interaction seriously. Companies that ignored it missed out.

The metaverse is the same. The signs for its boom are already here, with tech leaders trying to seize its potential. Ignore this vision at your own peril.

Get business ready for the future, especially if you’re looking to target Gen Z. We’ve lined up some of the many ways the metaverse will allow your brand to thrive and how you can prepare:


Our CEO Tim recently discussed how Nike is already preparing for Facebook’s Metaverse. Digital products are on the rise. Non-fungible tokens (NFTs) gained over $338 million worth of sales in 2020. Last year Gucci created a virtual world with designer items that players could buy. Someone bought a Gucci handbag for over $4000 (more than it’s worth in real life).

This presents the undeniable potential of products in virtual and augmented reality. 65% of Gen Z have spent money on virtual items within a game, so VR has enormous potential to tap into their wants.

Your brand has the opportunity to create trademarked designs now, so they’re ready for the metaverse. So get cracking.


Having a living 3D world around you means you get the opportunity to target audiences with more personalised, immersive experiences.  71% of Gen Z prefer personalised experiences. This is yet another way of winning over young audiences.

During lockdown, plenty of virtual events took place. However, feeling the atmosphere, hearing your friends and seeing everything in 3D takes it to a whole new level. You can start thinking of how your brand can tap into this feature now, with new immersive ideas.

There will be countless ways to target your audience within the metaverse. Because the platform will be free to use with no “in-app” processing, individuals can share your brand with no limits or obstacles.

Marketing through Virtual Reality games and software is accessible now. Gen Z and millennials were the most receptive to marketing in virtual environments, with 56% offering a positive view, so start the ball rolling by creating VR experiences to promote your brand and use this data to sharpen your ads for the metaverse later. 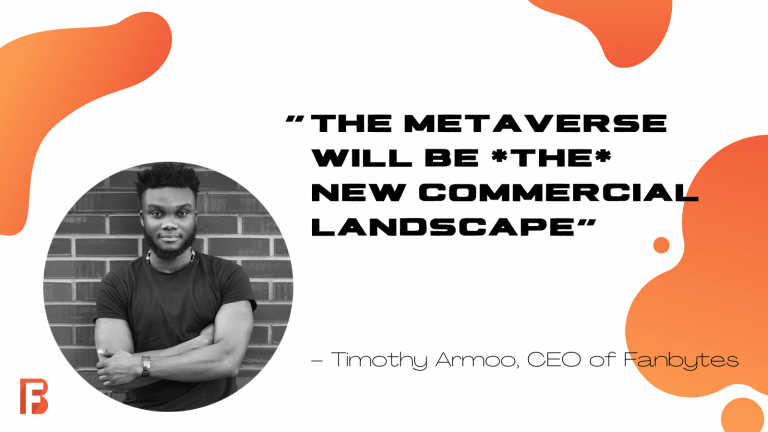 
Alex Schultz, the Chief Marketing Officer and VP of Analytics for Meta stated in a post, “[the metaverse] addresses the need for consumer clarity and reflects the future we are building toward.”

Some see this as an attempt to transition from a “social media giant” to something more. It’s a change of direction that places them as a frontrunner in the tech industry. It could also be driven by the desire to be the first to build a new revolution in technology.

What we know is that the metaverse presents an exciting opportunity, right now.


Back to reality for a second…

The metaverse feels like a whole new world. Which it is.

It seems almost like fiction. But your brand should be looking to harness it and all its power.

So what’s the energy that’s going to help source that power? Generation Z. They are the tech gurus of tomorrow. 80% aspire to work with cutting-edge technology. Gen Z has a buying power of over $200 billion, and that’s rising. They are the builders and consumers of tomorrow’s metaverse.

Targeting them effectively has never been more critical.

We understand the things that make Generation Z tick and how your brand can win them over. So, get in touch! And let’s make Gen Z fall in love with your offering.


Dive into our core services and find out how we can transform your campaigns, or take a look at some other clever nuggets on how you can amp up your marketing game below: